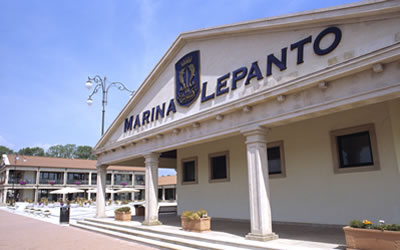 The Temple of boating

A modern, sophisticated location affording every possible comfort which can be easily reached from all round the Friuli Venezia Giulia region as well as the Veneto region, Austria and Slovenia. 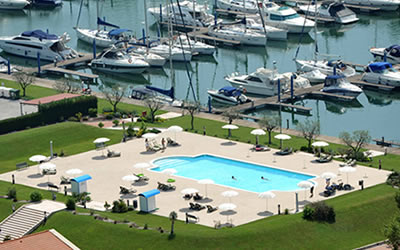 A series of facilities and conveniences for you and your family’s comfort and entertainment while at the marina. We have a swimming pool, conference hall and top-class restaurant. 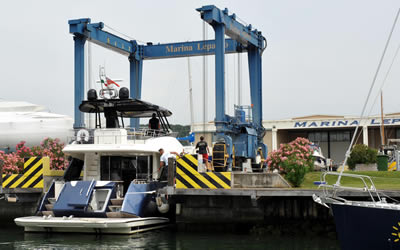 Thanks to our qualified staff, we can perform all manner of repairs in fiberglass and apply protective treatments here at the marina. 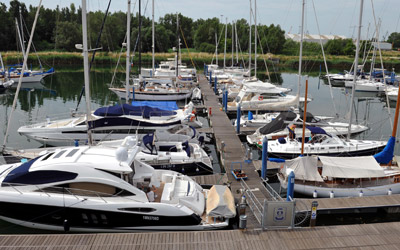 The marina occupies 70,000m² of water, with a total of 220 berths divided among 6 floating pontoons. The pontoons are equipped with fenders and water and electricity supplies. 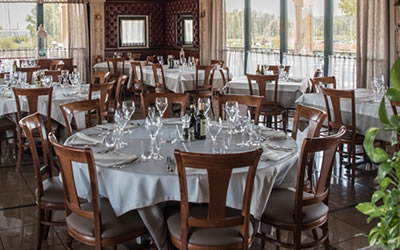 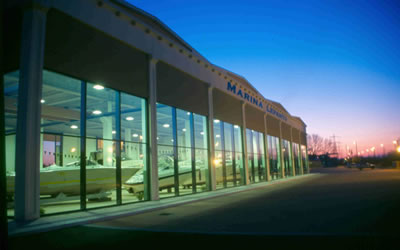 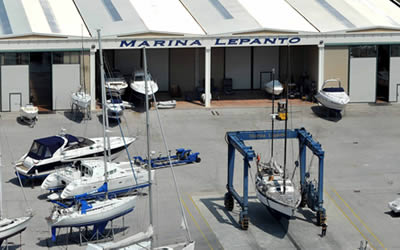 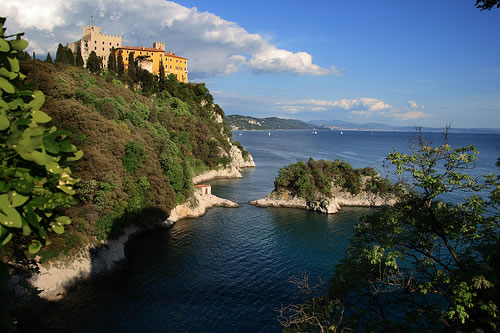 The marina is right in the centre of the Friuli Venezia Giulia region in terms of its position with regard to coastal destinations (Trieste, Grado, Lignano, Istria and Croatia) and places of interest inland. We have provided a page with links suggesting interesting excursions for our guests.

In Friuli Venezia Giulia, in the Middle of the Northern Adriatic 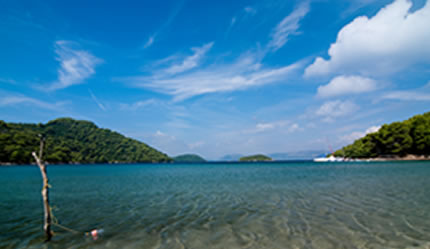 Marina Lepanto occupies a strategic position in the Northern Adriatic.
It can be reached quickly and easily from anywhere in the Friuli Venezia Giulia region (Trieste, Udine, Pordenone, Gorizia), the neighbouring Veneto region and also Slovenia, Austria and Germany.

The connections to motorways and airports are certainly one of Marina Lepanto’s most attractive features: the Liesert tollbooth, the last exit on the A4 motorway, takes motorists almost into the marina itself. It takes just one minute to drive the short distance separating you from your boat. This makes the motorway the preferred means of arrival at the marina for all the yachtsmen from the north of Italy.

Unlike other harbours in the Northern Adriatic (such as Lignano, Aprilia Marittima, Jesolo or San Giorgio di Nogaro), when you set sail from Marina Lepanto you arrive on the Slovenian and Croatian coasts in no time, as they really are just a short hop away.
For yachtsmen arriving from abroad, there is also the Ronchi dei Legionari airport, again just a few minutes away from Marina Lepanto, whether you take the motorway from Ronchi to Liesert or the road through the centre of Monfalcone.
Marina Lepanto is the ideal starting point for trips to all the coastal resorts on the Northern Adriatic – Grado, Lignano, Venice and Trieste to name a few. But that’s not all: the many marinas in Istria (Slovenia – Pirano, Portorose and Croatia – Umago, Cittanova, Parenzo, Orsera, Rovigno) can be easily reached by boaters travelling from Friuli Venezia Giulia (Trieste, Udine, Pordenone, Gorizia) and the neighbouring Veneto, as well as travellers from Austria, Germany and all of central Europe.
For summer sailing expeditions, you can organize long cruises to the jewels of Dalmatia, Lussino, Cherso, the Kornati archipelago, which can be comfortably reached by boat along the coast of Istria avoiding a long, uncomfortable car journey.